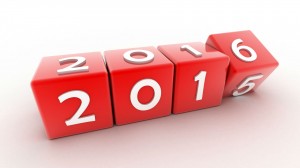 Well folks, happy new year. Big plans right out of the gate.  I’m about to head into the studio once more to make a new record. I have a very different batch of tunes ready and I am really excited to see how they turn out. This will be a vey mellow, laid back, album focused on words, voices, acoustic instruments (mostly) and a group of people I have never worked with before. I’m excited for all the newness!

It”s funny how things work out. I spoke with a few other folks about doing this record with them and in their neighbourhoods. Those studios were in the “warmth” of Tennessee and even Mississippi again. The idea of recording an album in the Canadian winter made me ill. I thought, “that’s what it will sound like. Cold Canadian winter”. I was disappointed when I did my budget and realized to record stateside I’d be spending 30-40% more due to the tanking Canadian dollar. I was panicking a bit. What would i do? I was hell bent on not going into a massive amount of debt for this album. Then, after talking it out with a number of my guides and peers, I started to formulate a new plan. I revisited the material I was writing for the album. It struck me. The winter is just the right time and place to record these songs. On top of all that, the engineer’s last name is FRIESEN. How perfect is that?! You know I’m always on the  look out for signs pointing the way in life. There were a lot that lead me to this team I’ve assembled. I’m VERY excited to create with them,

I’ve hired my good friend and Juno award winner, Steve Marriner from MonkeyJunk to produce. I decided I wanted to have some serious players on the record and knew exactly who to call. Multi instrumentalist, Jim Bowskill (Sheep Dogs) and bassist, Darcy Yates (Bahamas, Flash Lightnin’). To capture all the space and time we’ve enlisted Ken Friesen (Tragically Hip, Blue Rodeo, The Sadies) and his studio in Almonte, Ontario. I’m confident I have assembled the best team for  this project.

I am launching an indiegogo campaign to raise a couple bucks to help offset the costs involved. Check out this link to see what it’s all about. Help if you can. No worries if you can’t. It’s not for everyone. I’ll try and keep you all updated on the recording. In the mean time, I have a couple dates in January that are posted. Check em out.

I’m really excited for 2016 folks. 2015 was a time of large change. I knew going into it, that it would be a learning year. An adjustment year. Boy was i right! But you know what? I had a plan. I stuck to it. I hung in there and made it through. I’m happy to say I’m in the best shape i’ve been in all around and am loving the way 2016 is looking right now. I STILL have a plan folks. Lets get to it.