So Thursday night I got to reconnect with my old Friend Gord Robert who I know from back in the Kelowna days. We went to the Yale and saw Wide Mouth Mason. WWM is probably the band I have seen the most in my life or very close anyway….the show was alright. I was a bit underwhelmed. They played well for the most part but it was just short of spectacular. I had to consider that this is a band that now plays less than 50 shows a year and when I saw them they played 200 plus shows a year. Either way it was good to catch up with old friends.
Friday we hit the Art Gallery where there was a Divinci Exhibit. We met Gord outside and hopped in line steeling ourselves for the hour plus wait in the rain sans umbrelly. As soon as we got in line a man asked us how many in our party and then gave us VIP tix to the front of the line!!! SCORE! The art was incredible. It blew my mind. I can’t grasp that he was doing this shit 400 years before it was released to public and that most of his inventions and theories were 200 years ahead of their time. All in all a great time a the gallery. Really really cool. Couldn’t get any divinci pics but here are some others…. 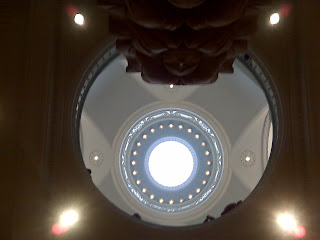 this weird dinosaur thing is made from lawn chairs. 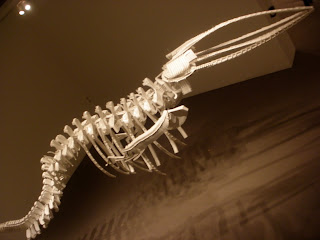 This made me miss the Bastards. 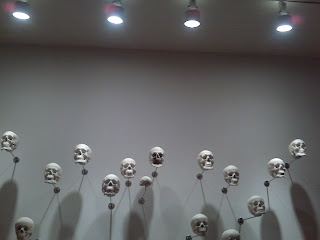 We then got a short guided tour of downtown from Gord before heading across the bay to pick up cheques and find banks. Here is a short Video of the Zipline in robson square. The folks lined up for this string at 5.30AM !

After banking we ventured to commercial drive to hook up with my very dear old friend and his fiance Mike and Lucy. We went out to watch the hockey game and make some friends in the local bars. On our way we were strolling and thought nothing much of the water stream that was pouring onto the sidewalk. As Mike Dixon looked up thought (just in time) we realized the stream was steaming, yellow and smelled like pee. There was a dude standing on his roof peeing onto the sidewalk very casually. He was at least nice enough to pinch it off as we got closer and walked around. After the game we hit Falconetties. A neat little bar with a weird live band. Lots of folks in there and most of them were having a great time. Some were having to good of a time and were (ahem) asked not to stand on the seats and tables. oops.
Catching the late night train is always funny as there are lots of characters and people passed out everywhere.
Here is a rare hot of the PEI White Tiger. Stand back folks. This thing is WILD! 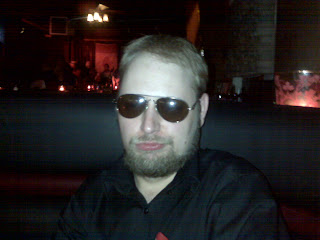 Today is my last day on Granville island and I can’t wait to get home tomorrow. It’s been great here but I miss home. It has been a long two weeks but a good one. The weather has been nice and I’ve had a great time in Vancouver. I got to play to thousands of people over the last two weeks and I must thank Darcy Campbell bringing me out here. It has been a real blast!
Well I’m off to nap before my last set in Vancouver for this trip…..
MB