Well we had a fun time playing at Red’s Juke last night. Brucie got some footage but i’ll have to post it another time cause I didn’t get it from him yet. When we got back to the shack up we really got down. Tequila, Wine and Beers celebrated the great times we had in Clarksdale. In the morning it was a different story. A bus group that were arriving for a blues camp showed early so we had to get it together real quick and split. I was real proud at all the fellas in the band as well as Brucie D for getting shit together while I basically just walked around and belly ached. Thanks boys!
Here is a late night pic of the fellas sitting round the Robert Clay Shack late night for y’all: 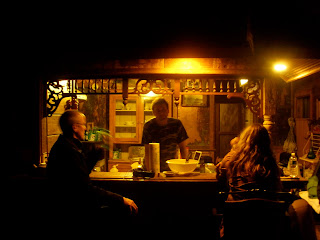 Now we’re in Memphis and ole Mizzip is behind (rather south) of us. What a time she showed us. Unbelievable really. Our hotel is right across the street from the historic Peabody. Had a great catch up session with East coast friends Matt Andersen, Miles Gallagher and Jeff Liberty as well as Ottawa superstar Steve Marriner (Monkey Junk the band). Good start to it all really. We are gonna try for the Stax museum today but we’ll see how the registration goes for IBC. We are READY to rock the dust off of Memphis. Thinking of the late great Jim Dickinson a lot up here. Can’t wait to unleash on the windy city.