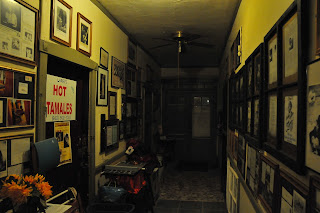 This place is unreal. The proprietors name is Rat. He has been there since his mom bought it in the early 40’s. Ike Turner cut the demo to rocking 88 in the basement. Muddy stayed here. Bessie Smith died here when it was a hospital in the late 30’s. JFK Jr stayed here when he wanted to be left alone. Rat insists that this is now our home away from home. No check out time. When you leave you put your key in the room door. Thats how he knows you split. his stories were crazy. We saw Levon Helm’s name in the guest book. If you are in Clarksdale YOU GOTTA STAY HERE!!!!
Us with Rat on the front step. Bruce Devlin photography. Thanks Brucie! 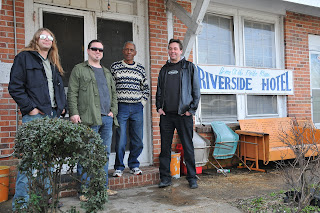 This is the room Bessie Smith died in. Crazy story. Apparently she was in a car accident. The fellow who stopped to help her got her in his car and THEY were in another accident. She ended up at this mercy house but died of too Much blood loss, Truth, Fiction? 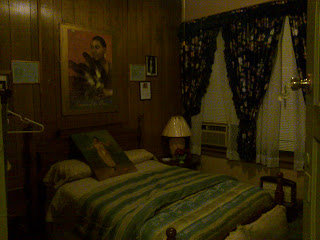