Hi there. Had a big day yesterday. Got up early (for me) and hit the Royal York in doontoon ToronTOE. I was attending an celebrity interview with Slash. Slash being one of my biggest guitar influences I decided I must go. He would be interviewed by John Roberts and Kyra Phillips, both of CNN. *side note – this was extra fun for me because when I was a kid, John Roberts went as J.D. Roberts and was a VJ on Muchmusic. J.D. hosted the “Power Hour” segment. The Power Hour played heavy rock and metal. I lived for this show. So, as you can imagine it was all sort of like watching an old clip from the past. Of course slash is the only one who looks like he always did as “John Roberts” is as clean cut looking as they come. Anywho….
John gave a pretty good interview although it was based heavily on slashes book but I’m a fan so it was fine by me. I wasn’t the only fan, Kyra Phillips, Cnn Anchor was giddy like a school girl. It was super funny. She was obviously star struck by ol Slash. Here is a pic of the Royal York Ballroom….Fancy! 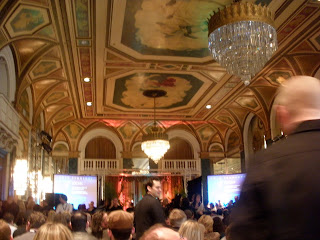 After the interview I hit up a social media workshop. It was really good. It was hosted by Ariel Hyatt a PR guru. Really interesting panel and learned a bunch. Now to start figuring out how to apply it.

After the workshop I went home to grab my gear for my shows that night. First stop: Czehoski on Queen West. This was my CMW showcase or as I have been saying Canadian Music Week Week….CMW week…..Here’s the venue. 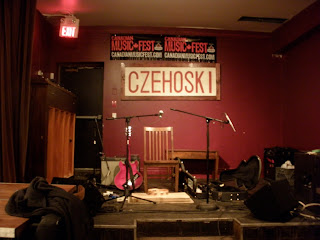 Sound check was quick and easy with the two tech that were there. This is Angus. He was the head sound man. 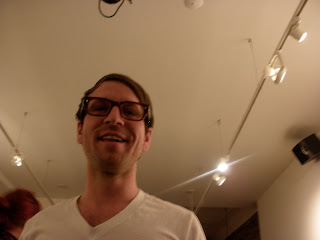 In the end it all worked well and I was real happy with it. The folks at the bar seemed to enjoy it. I met a blues dude from Michigan. He said I was the only blues act at the festival. I sold a bunch of discs and met some great peeps. Thanks to Brian Thompson at Thorny Bleeder Records for the hook up!
I had risotto at the Czehoski. It was pretty good. Could have used more Chorizo though. These were the fellas that whipped it up. Funny looking dudes. 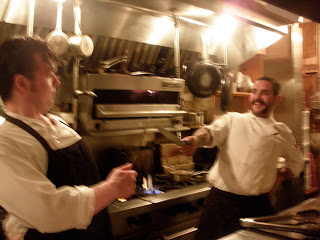 After my set at Czehoski I split for The Press Club on Dundas. I love this bar. It’s one of the gigs I have where you end up being great friends with everyone who goes there and works there. Much like the Local on Roncesvales, The Press Club is a very chill fun atmosphere. The bartender Ian is a musician as well and has a cool band called Milk Run. They just put out a five song EP. You should buy one. Why look everyone……there’s Ian now….. 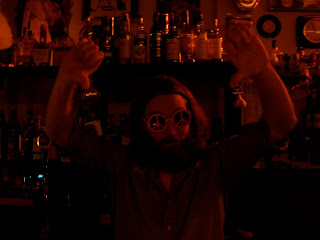 We had an epic night of fun in music. Jammed a little bit with Ian’s Drummer Greg and a bass player named Matt? Maybe? Even got ol’ Ian Phelps up to rock the axe on Rockin’ in The Free World.
I look forward to chilling today as I have to drive to Espanola tomorrow for a house concert. It’s a long drive. Should be a nice drive though if the weathers good! Looking forward to the house concert!
Ok….I gotta go get my gear at the Club. Talk to ya soon.